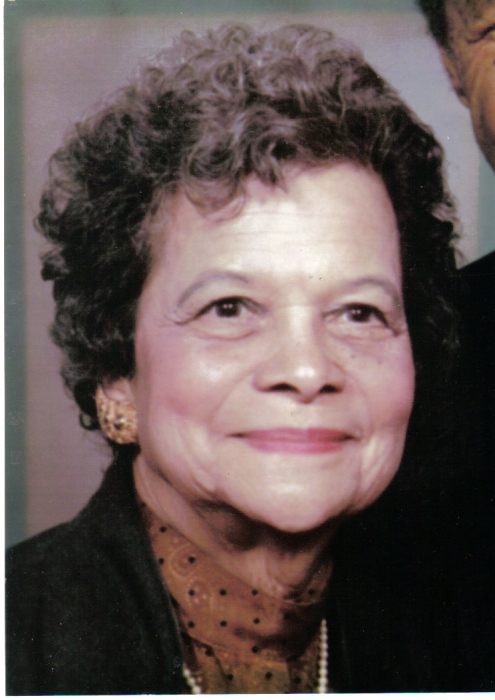 Millicent Hooper "The Elegant Lady", of Hooper Memorial Home Inc., loving daughter of the late Walter J.B. Hooper Sr. and Alice Price Hooper, sister of Eleanor McKinney and the late Walter J.B. Hooper Jr., devoted mother of Lance and Clive "Tony" Ulen and doting grandmother to eight with a host of relatives and friends took her greatest of all personal adventures from this life to the next in her 86th year on December 5th, 2004 at Masonic Village. Millicent's life will be shared and celebrated at The Greater Zion Missionary Baptist Church, Senior Pastor, Dr. Charles R. Meile Jr., 212 N. Progress Ave., with her Pastor, Reverend SanDawna Ashley of Capital Presbyterian Church eulogizing her legacy on Friday, December 10th at 11 a.m. A viewing for Millicent will be held at Hooper Memorial Home, 3532 Walnut Street on Thursday, December 9th from 4:00 p.m. until 7:00 p.m., Eastern Star Services at 6:00 p.m. and another viewing at Greater Zion from 9:00 a.m. until the time of service. Her family will attend her final transition at Lincoln Cemetery. Ms. Hooper, as she was affectionately known, was a woman of many talents, life member of Capital Presbyterian Church, its Karol Club and Sunday School Teacher. She attended Temple University, majoring in music, graduating from Renouard Training School for Embalmers, member of the Advisory Committee U.S. Commission on Civil Rights, member of the League of Women Voters, Eastern Star Esther Chapter No. #1, past Board Member and President of United Cerebral Palsy of Camp Hill, former Board Member of the Tuberculosis Society, Board Member of Urban League, National Funeral Directors Association, Morticians Association, Keystone Funeral Directors Association and Dauphin County Funeral Directors Association. Millicent integrated the Harrisburg Community Theatre, sponsored the 1st Black Art Exhibit in the William Penn State Museum and recipient of various community awards Millicent will be missed not only by her family and friends, but also the community for her positive influences in the City of Harrisburg and the State of Pennsylvania. In lieu of flowers the family requests that memorial contributions be made to her church Capital Presbyterian, 1401 Cumberland Street, Harrisburg, PA 17103. We extend our appreciation for your kindness and concern during our time of bereavement