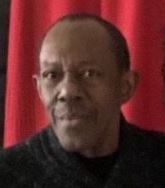 William Kendall Lewis, “THE GOV”, was born on April 25, 1947, to William K. Lewis Sr. & Cornelia Lewis in Harrisburg, Pennsylvania.  Kendall, The Gov., Ken J, & Ref are a few of the names he was affectionately known by to both family and friends received his formal education in the Harrisburg School District.

As a child, Kendall accepted Jesus Christ as his personal savior. During his youth he sang in the church choir and never forgot his roots in the Lord regardless of what he faced in life.  As a youth, Kendall knew he was a handsome fella and took pride in his appearance and his cars (especially the Rivey), clothes always pressed and dry cleaned. His Adidas shell top sneakers were nice and clean; in addition, he always maintained a weekly haircut. In the beginning it was strictly Jay’s Barbershop that he entrusted with his haircuts and then only June could cut him and his son’s hair.

Life did not come easy, but Kendall never let that stop his determination to succeed.

Throughout his adult life, Kendall accomplished two very important milestones. Kendall attended Harrisburg Area Community College and received a Certification in Culinary Arts; cooking was something he loved to do. On graduation day, he was so excited to be surrounded by his family witnessing his accomplishment. The second milestone was becoming a PIAA basketball referee. He would brag about his title often and would let everyone he could know and show his signature dance “the gooseneck”.

Kendall adored his role as a father and could always be found front and center at every basketball game and track meet. The day Julian joined the military was one of the happiest days of his life. Kendall’s love for basketball was shared by his son Julian, and the two would often take bus trips to see their favorite team, the Philadelphia 76ers, as well as trips to watch WWF wrestling matches. Being a big family man, Kendall never hesitated to load up his car and hit the highway with his son, nieces and nephew to enjoy the Ice Capades, Disney on Ice, or to take them to swim lessons and sports practices.

Live-Streaming of service available on our menu tab or via Hooper Memorial Home, Inc. YouTube link:https://www.youtube.com/watch?v=cf2XM7dwF8Y