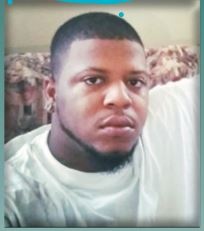 Andre C. Knight Jr., 28 of Harrisburg, passed suddenly on Friday, August 21, 2020. He was born on August 2, 1992 to Paula Love and Andre Knight Sr. Andre attended the Harrisburg City School System and was working as a Security Guard for Champion Security Company.

Andre was known for making people laugh and he enjoyed having a good time. He enjoyed watching football and was a Philadelphia Eagles fan.  Andre was a supportive and loving father. He was very close to his daughter and his twin sister.

He was preceded in death by his grandparents; Paul and Mary Davis and his paternal brother, Derrick Grant.

Andre leaves to celebrate his life and memory; his mother Paula Love, his father Andre Knight Sr, his twin sister Andrea Knight, his sister TaWanda Love, his brother Robert Love Sr, his daughter Azariah Moore and a host of additional family members and friends. He will be sadly missed, but not forgotten.