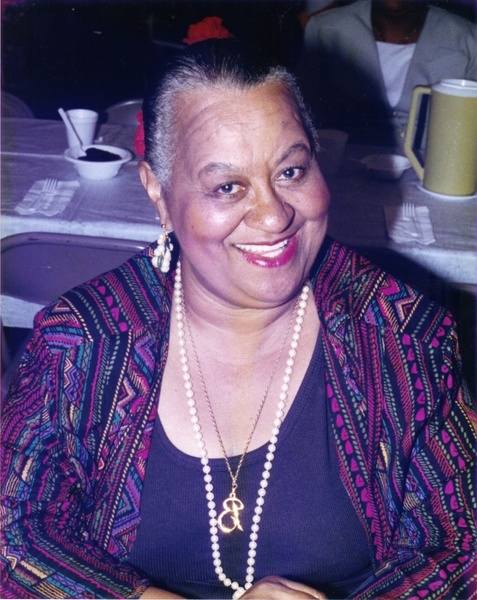 Barbara Jeane “BJ” Baker was born in Harrisburg, PA to Mary W. Brown and William Spencer Brown. She lived her entire life in Steelton, PA and attended the Hygienic Elementary School and graduated from the Steelton High School class of 1947. She retired from the Commonwealth of Pennsylvania, Department of Agriculture after 35 years of service.

She united with the Monumental A.M.E. Church at an early age and was a lifelong member. She joined the Gospelaires singing group at its inception and remained a member throughout its existence and served as the Directress for a period of time. Barbara Jeane continued to perform with the Gospelaires when it transitioned to The Combined Choir and performed well into her later years, as her health permitted.

Other than her love for Christ, family and friends, singing was the joy of her life, a gift which she used for the glory of God since early childhood. The theme that remained in her heart throughout her life was “If I can help somebody along the way, then my living will not be in vain.”

This was exemplified by her willingness to serve with her voice wherever and whenever she could.  BJ participated in many social functions such as banquets, teas, weddings, funerals, talent programs, etc. For several years in the early 1970’s she was honored to open the annual Farm Show by singing the Star Bangled Banner. For fifty years she served as the hostess for the Annual Club 21 Gala event.

Musically speaking, BJ  would attest to the fact that  - “Yes, God Is Real” and if anyone could every write her life story, she would say, “Jesus Is The Best Thing That Ever Happened To Me”, since “Something On The Inside Working On The Outside Brought About A Change In My Life.” Furthermore, when the road gets rough and the going gets tough, she said “I Won’t Complain” because “Everyday Is a Day Of Thanksgiving” and since “I Live to Praise Him”, I have that “Blessed Assurance” that one day “Jesus Will Be Mine” and “I Will Enter His Gates” with thanksgiving in my heart because “You Can’t Make Me Doubt Him” and since “I Don’t feel No Ways Tired”, I will continue to “Praise The Name Of Jesus” and take “One Day At A Time” and say “Yes Lord”, Thy Will, Thy Way”.

To order memorial trees or send flowers to the family in memory of Barbara Jeane Baker, please visit our flower store.