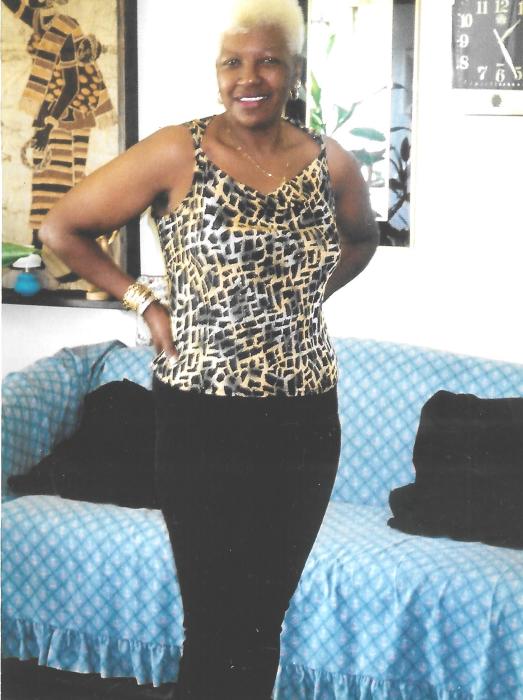 Barbara Jean (Crankfield) Lumpkin the first daughter of Sylvester Crankfield Sr. and Betty Jean Crankfield entered into life on January 1, 1950 in Harrisburg Hospital. She loved the Lord, life and caring for others and when she had the time, she loved to dance and dance.  Barbara cared for others until she became ill and could not utilize her skills anymore.

Barbara’s illnesses prevented her from doing much in life; she was a fighter and fought a good fight for as long as she could however on Sunday January 28th at 2:25 a.m. the Lord called her home. She will have to fight no more battles.

She sends her love and Angles to watch over and protect us including her mother Betty Crankfield of Harrisburg; two daughters Deitre and son-in-law Michael Malory of Randallstown, Maryland, Anya and son-in-law Titus Queen of Halifax, PA. Three sons Richard and daughter-in-law Renee Crankfield of York, PA; Daniel Slaughter Jr. of Harrisburg, PA, Ryan Lumpkin of Essex, MD. Grandchildren include Aaron Crankfield (Melissa Hale); Allan Crankfield, Asia Crawford, Endyah and Desmond Young, Camarrie Lumpkin and Bryan; Great-grandchildren Miyah and Mariah Hale-Crankfield, TaShawn and Jaylen Jackson-Crankfield, Aaron NaShawn and Olivia Noel Maddox. Four sisters; Rosemary Penn, Cynthia Nimmons, Linda Crankfield and Gwendolyn Griffin all of Harrisburg , five brothers; James Price of Chicago, Sylvester Crankfield Jr., Larry and Michael Griffin of Harrisburg, and Sylvester Griffin of Philadelphia and a host of other relative and friends. She loves you all so very much.