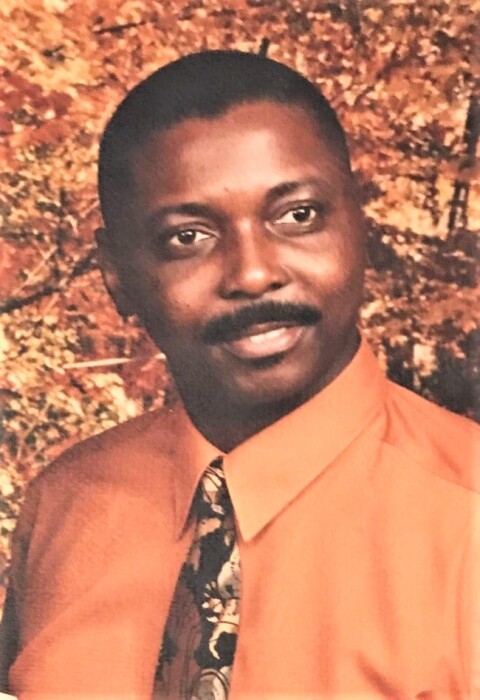 BARRY JEROME FRASIER SR. was born on September 17, 1956 in Cross, South Carolina to the late Rebecca Lee and the late Samuel Spann.
BARRY was a graduate of Arts High School in Newark, New Jersey. He joined the United States Navy shortly after graduation in 1974. While in the United States Navy, he graduated with an Associates in Science from Philadelphia Community College and began a 12-year career as a Paramedic and Operating Room Tech. He later retired from the Pennsylvania Turnpike Commission after 20 years of dedicated service.
BARRY joined First Spirit Filled Missionary Baptist Church in 1990. While attending First Spirit Filled Missionary Baptist Church, he met the love of his life Sheila Carol Spivey and they united in holy matrimony March 30, 1991. He also became a Deacon and was a part of Spirit-Filled Ministry gospel group. Additionally, due to his love of music and instrumentation, he spearheaded the gospel group “Chosen” in 2005. The group became instruments of praise and worship by giving glory to God through song. Chosen released their first CD project in 2009 entitled “Right on Time.” They were blessed to travel from city to city lifting God’s name in praise and song.
BARRY loved God and was steadfastly committed to and eternally loved his family. He enjoyed playing, singing, and listening to music; fishing, and his beloved football team, the Washington Redskins. He always had time to listen with a sympathetic ear; be concerned about others with immeasurable empathy; engage in conversations that provided wisdom comparable to that of Solomon; and always approached any person with a non-judgmental heart and mind.
SUNSET…
On Wednesday, November 3, 2021, God dispatched an angel to summon the soul of His servant and child, BARRY JEROME FRASIER SR., to that heavenly home prepared for those who love and serve Him. Praise and thanksgiving to our merciful God!
BARRY is preceded in death by his mother, Rebecca Lee and his father, Samuel Spann.
BARRY leaves to cherish his precious memories: his loving wife, Sheila Frasier; his beloved children, Barry Frasier Jr. of Suitland, MD; Monique Frasier of Raleigh, NC; and Shecara Frasier of Harrisburg, PA. His siblings: John Frasier of Dallas, TX; Albert Spann, Samuel Spann II, Jeremiah Spann, Rachel Spann, Emily Spann and Alfredel Spann, all of Charleston, SC; one granddaughter, Na’ilah Frasier; special relatives: Sandra G. White, Pat Simmons, Steve Harbin, Bonnie Marbley, Tommie Marbley; and a host of nieces, nephews, cousins, godchildren and friends.

Mask are required for all services and streaming in available via our menu selections.