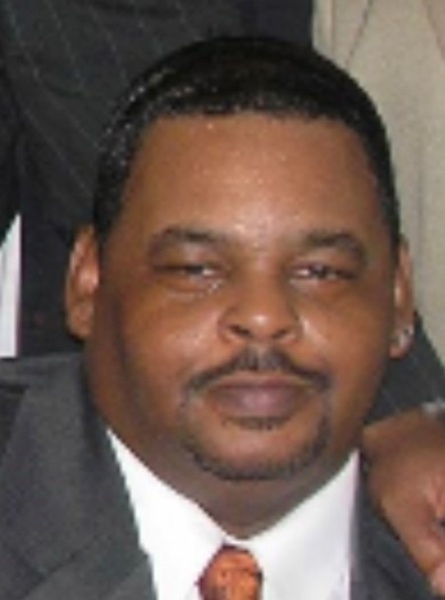 He was educated in the Harrisburg City School District, graduating from Harrisburg High School, Class of 1981. He was most recently employed with the United States Postal Service as a Mail Handler.

“Bamm,” as he was affectionately called was an avid Dallas Cowboys fan. He also enjoyed watching baseball and football, but his most passionate pastime was social gatherings with family and friends. Anytime there was a gathering, you could count on Bamm to bring the jokes and laughter. He had a gift for bussin’ on people and welcomed all challengers in good fun.

Ben unexpectedly passed away on December 3, 2020. In addition to his father, he was preceded in death by his brother Steven Kelly Link. He is survived by his daughter, Kelli Ann Link; his mother, Audrey Link, two sisters, Stephanie Cobb Patterson and Tracie D. Link, all of Harrisburg, one brother Darryl Royal of Texas; two nieces Ryan (Demone) Maxwell and Randi Patterson, and two nephews Eric Mills and Darryl Royal Jr.; and his uncle Walter “Hawk” Grannison; as well as a host of cousins, other relatives, and friends.

Due to COVID-19 restrictions all precautions will be in place. During the Service hour, invitations will be given out by the family, due to the limited seating per COVID guidelines. You may view the services on our website, by pushing the Live-Streaming tab.

To order memorial trees or send flowers to the family in memory of Ben Edward Link, Jr., please visit our flower store.