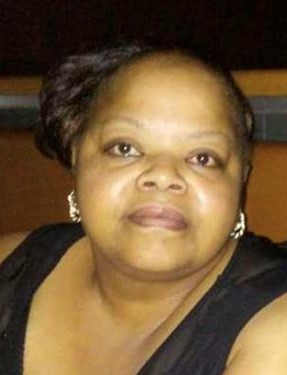 Carrie “Buttons” Miller of Harrisburg passed away Saturday September 21, 2019.  The daughter of the late Robert Moffett and Daisy Smith was predeceased by her daughter Ebony Gantz-Smiley.

Buttons was a natural born caregiver.  She often opened her home to anyone who had a need.   In addition to the three children she birthed, she raised many others. They lovingly called her Mom or Miss Buttons.  She was a loving woman who was passionate about her loved ones.

When she wasn’t working, she could be found spending time with her family and friends.  She was known as the hair braider and best cook of the family.  She liked to cook, a hobby that she shared with her grandson Dwan.  She loved plants, butterflies, ladybugs and elephants.  She had many statues and pictures of elephants in her home with their trunks up.   Another past time of hers was playing spades, a game she would often play with her sons.  Those games but fun and sometimes stressful, but in a good way.  During football season you’d find her cheering on her Dallas Cowboys.  She was a big Dallas Cowboys fan.

Carrie fed people’s stomachs the way Pastor’s feed people’s spirits.  She worked as the head cook at many state office building cafeterias around Harrisburg, assisting blind and visually impaired individuals to fulfill their dreams of being small business owners through The Randolph Sheppard Business Enterprise Program sponsored by the Bureau of Blind and Visual Services.   From there she went on to work in the Dauphin County Courthouse Cafeteria for fifteen years before she retired.  Even after retirement, she didn’t stop working.  She would often take on various catering jobs in the central PA region.

Carrie will be missed but her legacy will live on through her family and friends.