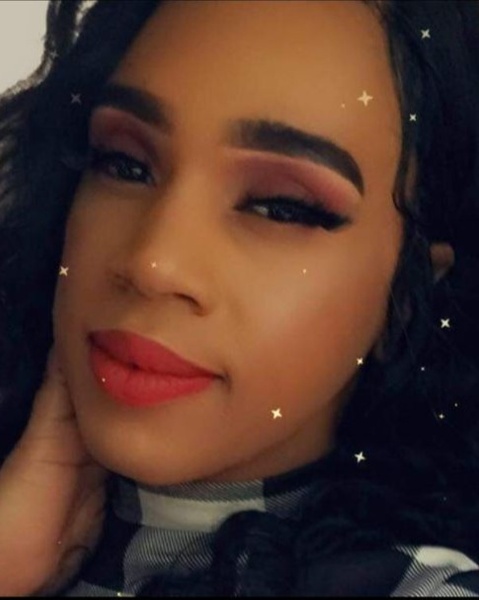 Carroll was also a graduate of the Empire Beauty School, specializing in cosmetology.  Carroll was employed by various area salons, building quite a large contingent of loyal and satisfied customers who, when their heads were done, knew they had been “CARROLLIZED”!   Many of those were not only happy with the work, but were drawn to Carroll’s infectious smile and that Carroll was always the life of the party. That talent for styling hair landed Carroll in the makeup room of an upcoming holiday movie, filmed in Los Angeles where you can see Carroll’s name in the film credits.

In addition to doing hair and makeup, Carroll began an entrepreneurial career with the launching of the brand Rubiee Sheep, a company selling apparel and items aimed at promoting love, respect and equality for all races, creeds, colors and genders.

Carroll entered into eternal rest on Saturday, September 17, 2022.  Carroll's love for peace towards all will most assuredly be missed.

Lovingly submitted by the family.

Masks are necessary and required for services.
Live-Streaming of service available via The Greater Zion Missionary Baptist Church YouTube: https://www.youtube.com/watch?v=nnlqm5EaBCk
To order memorial trees or send flowers to the family in memory of Carroll Thomas Hailey III, please visit our flower store.
Send a Sympathy Card
Send a Sympathy Gift