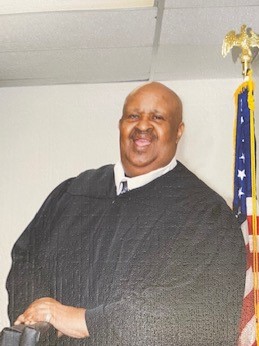 Our God who never makes a mistake has summoned into eternity the soul of our beloved father Charles F. Clark on Sunday, April 11, 2021.Born on September 13, 1936, in Harrisburg, PA; He was the son of the late John E. Clark and Anna Mary Clark.

Charles honorably served in the United States Army during the Vietnam War; served on the Harrisburg Police Department; and served as a Workers’ Compensation Judge for the Commonwealth of Pennsylvania with over 46 years of service.Charles was a loving Husband, Father, Brother, Uncle and Friend. He loved to read, listen to gospel music, was an avid sports fan, and a die hard Philadelphia Eagles fan.

Services will be held at Hooper Memorial Home, Inc on April 21, 2021 . There will be a public viewing from 10:00am to 11:00am, followed by a private funeral due to COVID restrictions.