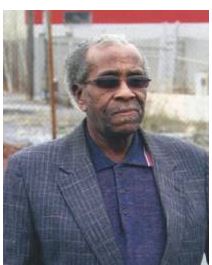 Charles Fitzgerald, 92 of Harrisburg passed peacefully on Sunday, May 13, 2018 at his home, surrounded by his family as he transitioned from this life to his next. Charles the son of the late Watt and Johnsie Fitzgerald was born in Greensboro, North Carolina on August 5th 1925. He was also predeceased by his wife Ellen Fitzgerald and several siblings. Charles worked in construction for over 30 years and retired from Caretti Restoration. He was a devoted member of Emanuel Church of God In Christ and also a member of Local Union 1180 Laborer’s International Union of North America. Mr. Fitzgerald leaves his stepson, Ralph L. Richardson Sr., 5 grandchildren, 16 great-grandchildren and 9 great-great-grandchildren as well as a host of nieces and nephews. He will be dearly missed but never forgotten.