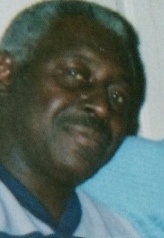 Danny L. Stills was born on August 21, 1954 in Quitman, Georgia to the late Hazel Williams Jenkins and Willie C. Stills.

Known as Danny by family and friends he was educated in the former Lowndes High School. He served his country honorable in the United States Army in Vietnam and retired from Ingram Micro in Harrisburg, PA.

Among his pastimes were playing cards, listening to music, watching TV and enthusiastically supporting his favorite football team the Dallas Cowboys. He was a member of the American Legion Post #733.

On Tuesday October 9, 2018 at the Garden at West Nursing Home in his 64th year, Danny transitioned from this life into eternal life joining his parents and other loved ones.

To order memorial trees or send flowers to the family in memory of Danny L. Stills, please visit our flower store.