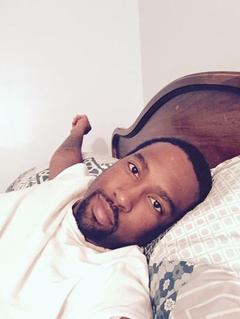 David Carlos Myers Jr. was born on February 28, 1984 to David C. Myers Sr. and Ruth L. Myers in Philadelphia, PA. David was his parents only son and only brother to his two sisters, Erica Myers and Felicia Myers. David was raised in Philadelphia, PA and Harrisburg, Pa. His early education started in Philadelphia, PA and he graduated from Harrisburg High School in June 2002. David furthered his education at Harrisburg Area Community College from 2012-2014 where he received a type 1 and 2 EPA certification in HVAC.
He was employed by the Salvation Army always extending a warm smile and loving helping hand to others. David enjoyed cooking where he mastered his culinary skills while employed at Appalachian Brewery Company in Harrisburg.
He was passionate about his hobbies, traveling with his family, RCA racing cars, nature, carpentry, music and love for animals.
His daughter Amaya was the light of his life. She was a â€œDaddyâ€™s Girlâ€, his number one, his twin. David was also a great father to Raiden who he loved and cared for from the first time he met him. David centered his life around his family and nothing brought him more joy than being the great and loyal father and family man. David had an unbreakable bond filled with continuous love and support from his mother and father.
Along with his parents David Myers Sr. and Ruth Myers, David is survived by his beloved daughter Amaya Lee Myers, step-son Raiden D. Heilman, companion Amanda Heilman, sisters Erica and Felicia Myers, grandmother Rudell Price, niece Evieyana R. Hill, nephews, Elias D. Myers, Isa D. Robinson along with a host of aunts, uncles, cousins and friends.