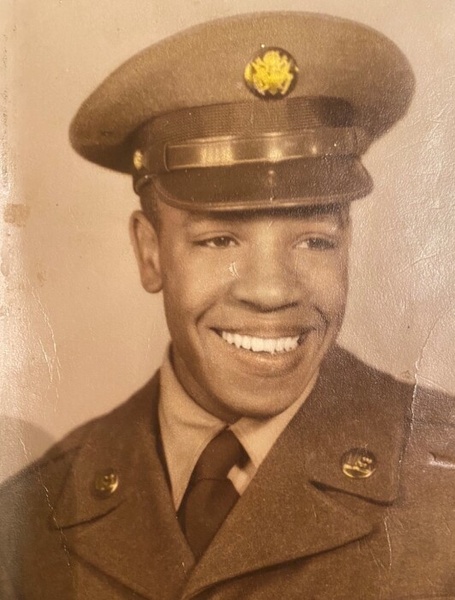 Robert L. Joppy, affectionately known by family and friends as “Teddy” of Susquehanna Township, Harrisburg, Pennsylvania went home to Jesus on May 30, 2021 at the age of 86.

Robert was born one of 10 children to the late Robert L. Joppy Sr. and Ella Diggs-Joppy in Harrisburg, Pennsylvania on August 17, 1934. He received his formal education in the Susquehanna Township School District. After high school, Robert entered the United States Army and served his country in the Korean War and was later stationed in Japan before returning to the United States where he was stationed on bases in both California and Texas. After his military service, he became an entrepreneur and had his own concrete contracting and roofing business until age 80. Additionally, Robert worked for the Commonwealth of Pennsylvania, Department of Corrections as a Tradesmen Instructor and retired in January 1996 after 20 years of service to the citizens of Pennsylvania.

At an early age, Robert gave his life to Christ at the First Zion Baptist Church (First Zion) in Harrisburg, Pennsylvania and was baptized on May 11, 1947 at the age of 12. First Zion would remain his home church until his transition. Throughout his adult life, he had an unwavering faith in God. At First Zion, he served as a Trustee for a number of years and subsequently became a deacon in 1984 and held that position for 35 years. In 1996, he became the Chairman of the Deacon Board and served in that capacity for 23 years.

Deacon Robert L. Joppy was recently honored by First Zion Baptist Church as Deacon Emeritus, and he served for many years as the Chairman of the Deacon Board, member of the combined Deacon and Trustee Council, representative on the Church Council, Sunday School teacher, active participant in the Wednesday Night Bible Study, the Men's Bible Study, and was the church’s full-time handyman. Outside of his many roles at First Zion, he also served for several years as Chairman of the Deacon Alliance.

Robert was an avid deep-sea fisherman and loved to fish in Canada, Rhode Island, Massachusetts, New Jersey, Maryland, and the Carolinas. Moreover, he was no doubt the Pittsburgh Steelers number 1 fan; he loved that team through winning and losing seasons! Additionally, Robert loved Bible trivia and was known to start a challenge to test anyone’s knowledge of the scriptures. His favorite song was “The Lord Will Make a Way Somehow,” and his favorite scripture was Proverbs 2:1-9 (Wisdom Saves from Evil). When recently asked how he wanted to be remembered, his response: “I did the best I could.”

To order memorial trees or send flowers to the family in memory of Deacon Robert Joppy, please visit our flower store.