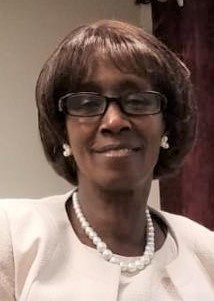 Dinah Owusu Ntorinkansah, affectionately known by all as Mama Dinah or Auntie Dinah, was born on Friday 22nd August, 1950 in Kukurantumi, Eastern Region of Ghana, to Martin Kwame Owusu and Martha Ohene Amoakoaa (both deceased). She received her primary and middle school education at the Presbyterian School in Kukurantumi. After. She worked at the Cocoa Research Institute for a while and joined her elder brother in Tema in the early

70s. In Tema, she first worked with PZ Ghana Ltd and later joined the Volta Aluminium Company (Valco). It was during her time in Valco that she met her husband George McDonnell Kofi Asare Ntorinkansah, a mining contractor. They got married in 1977 and has been blessed with 9 wonderful children.

Mama Dinah, whiles working at Valco, trained as a professional caterer at the Accra Polytechnic Institute and specialised in cake techniques. She furthered her culinary education at the Ghana Armed Forces Training School (Mats) in Accra. The love, passion and enthusiasm with which she worked earned a good reputation both at work and amongst her family, neighbours and all who knew her one way or the other.

Mama Dinah was a staunch Christian who stood at the forefront of Christian activities both at home and in church. For over a decade, she organised morning devotions and Sunday school classes in our home for neighbours and their children respectively. She was one of the founding members of the Full Gospel Church International in Tema Ghana, a church she attended until she moved to the United states in 2002.  She continued with her service to God when she moved to the USA and together with Pastor Fred Manu, Elder Seth Okyere and Decon Enoch Frempong, started The Temple of light Ministry USA Branch from her home. The church became her second family in the USA until her untimely demise.

Auntie Dinah will be remembered by most as a woman of God, and an excellent cook/ caterer and an amazing mother who took care of everyone who encountered her.  Her children were not limited to just her biological ones but all who respected her as a mother.

On the 20th of October, 2018, Aunty Dinah past on to glory after a three (3) year battle with cancer. Her death came as a shock to all because even in her battle with cancer, she stood as a woman of God and exhibited her relentless faith in the almighty with the hope that she was going to get well and come home to Ghana to be with family.

To order memorial trees or send flowers to the family in memory of Dinah Owusu Ntorinkansah, please visit our flower store.