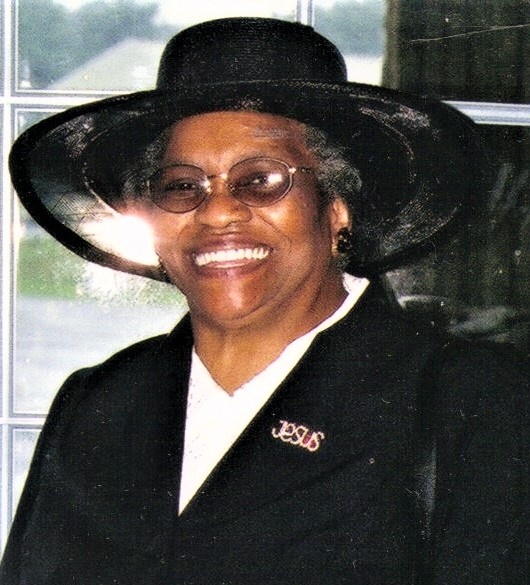 Doreather Robinson was born in Chester, SC to the late James Johnson and Maggie King Johnson on April 28, 1932. Although she never attained a high school diploma, she was able to secure employment as a clerk with the former Dauphin Deposit Bank from which she retired after 25 years of service.

On July 28, 1966 she united with The Greater Zion Missionary Baptist Church, serving faithfully until such time as her health prevented. She served for many years as the advisor to the Junior Ushers, always encouraging parents to send their children, even if the child protested. She also served in the Missionary ministry, providing care and visitation to the sick and infirmed. However, her greatest love was the music ministry where she sang for over 50 years on the choir in the alto section. If you ever observed her in the choir it would not take you long to see that she loved to praise the Lord!

She eagerly anticipated her annual pilgrimage home in August to the Old Wilson Baptist Church of Chester, SC for “Big Meeting” Revival Sunday to bask in the a cappella harmonic rhythms sung in the call and response style reflecting our African ancestral heritage.

When not in church or spending time with family, she enjoyed quilting, canning of fruit and vegetables, and gardening. But her most enjoyable times were spent with her children and grandchildren.  She spoiled them, but not rottenly. She was always teaching them with words of wisdom and by her personal example. She often reminded us to do as the later Mary Johnson of Chester, SC used to advise, “just do right.”  Doreather also reminded her children, “Don’t let anyone steal your joy.”  Rarely, if ever, did she have to utter a harsh word to her grandchildren; those were reserved for her children only---Or more specifically, Kenny!

She nurtured her children and was proud of their accomplishments. Whenever possible she was always present at either of their events, whether traveling annually to Washington, DC in support of Barbara’s Sugarfoots Dramatic Theater Camps for children, or locally for Kenny’s or Joe’s speaking engagements.  She was their greatest cheerleader and their greatest defender.  Her nephew, Wayne Johnson, Sr, was like a 4th child who she loved and nurtured like her own, including his son, Wayne Jr, never missing an opportunity to attend his church to watch him perform his Christmas or Easter piece for Sunday School.

To order memorial trees or send flowers to the family in memory of Doreather Robinson, please visit our flower store.