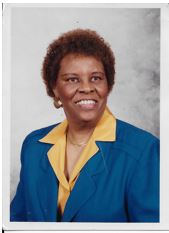 Dorothy M. King, daughter of Edward and Annie Mae Cheatham was born in Widemouth, West Virginia. An alumna of Bluefield State College and the first college graduate of the Cheatham family, Dorothy moved to Harrisburg, PA where she met and married Herbert H. Dade in 1948 and had a family of three children: Joyce, Valora, and Byron. An upwardly mobile and adventurous family, they relocated to the Sacramento, CA suburb of North Highlands in 1965.

Dorothy joined and was an active member of New Testament Baptist Church of North Highlands during the 1970’s. She enjoyed church activities and was a member of the choir. She also enjoyed traveling to the picturesque Sierra Nevada area of Lake Tahoe and Reno, Nevada. Dorothy and Herbert divorced in 1976 and both remained in Sacramento as they provided support to their adult children. Dorothy eventually remarried to Marvin L. King.

Dorothy moved back to Harrisburg in 1997 to spend time with her aging siblings and their families. She was devoted to helping her family however she could and especially enjoyed time spent with her sister Mary who was always willing to engage in a spirited game of Scrabble – which Mary usually won. You could often hear Dorothy playfully challenging her sister, “stop looking in the bag when pulling your tiles!”

In April of 1999, Dorothy joined the Greater Zion Missionary Baptist Church at the age of 72. While she was not able to be as active as she wanted to be, she received spiritual encouragement from Reverend Meile and participated in as many functions as she could. She felt blessed knowing the goodness of God enabling her to have health and mobility throughout her life.

Social distancing and wearing of mark are required even if fully vaccinated.