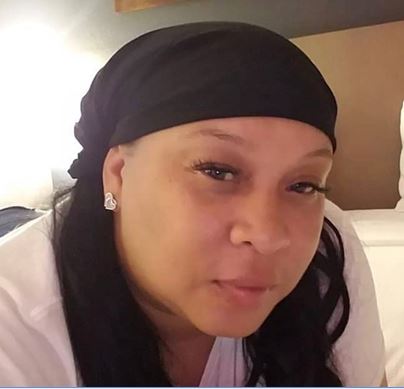 We are here to celebrate the life of Dorothy Elizabeth Rivera, born April 23, 1972 in West Chester, Pennsylvania, where she lived with her family until she was 4 years old. In 1976, her mother relocated to Harrisburg, Pennsylvania where she was raised and received her formal education.

Dorothy, known to many as "Dot-Dot", enjoyed playing double dutch and basketball as a child. As an adult, she enjoyed cooking, getting "turned up" with a nice cold glass of wine, watching her favorite shows, Family Guy and Chef Jr., and spending time with her family.  Dot-Dot had a special love for all her siblings and she didn't play when it came to any of them but the relationship with her baby brother T-Bone was the closest. She protected him and always had his back no matter how much he got on her nerves! Her greatest love though was the love she had for her children and grandchildren. She loved them so much and you could always find one of them at her house.

Dot-Dot had a loving, caring, and generous heart. She would give you the shirt off her back if you asked. To know her was definitely to love her. While she lived a wonderful life, it was short lived. Dot-Dot went home to be with the Lord on March 17, 2019, at the young age of 46. She was predeceased by her mother, Dorothy Elizabeth Hunt and stepfather, James Bernard Hunt. Her life is celebrated today by her children, Tyrone Edgerton Jr., Ha'Sheen Edgerton, and Tymea Dunbar; her grandchildren Tymeire, Ha'Sheen Jr., Qudir, Tyree, and Laylah; her brothers Michael Hill (Dichael) and Antonio Hill (T-Bone), both of Harrisburg; sisters Sharon Minor of New Castle Delaware, Lisa Dixon and Antonia Hill (Tonka) both of Harrisburg; numerous nieces, nephews, cousins, and extended family and friends.

Dot Dot was the worlds greatest mother, grandmother, aunt, sister, cousin and friend. She will truly be missed by everyone who knew her!