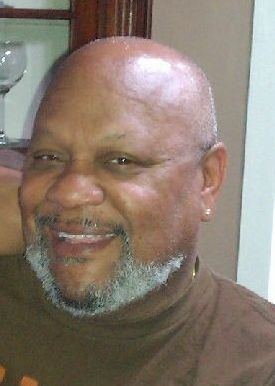 Douglas P. ”Dougie” Johnson 65, of Harrisburg formally of Bellaire, Ohio
passed peacefully on December 12, 2017 surrounded by his loving family. He
was the son of the late Henry L. Johnson and Virginia Ann (Harding) Johnson.
Doug was a 1969 graduate of St. John Central High School in Bellaire, OH. He
relocated to the Harrisburg area in the mid 70’s and was employed by PP&L as
a plant operator for 30 years, he retired in 2012. Doug also worked at Hooper
Memorial Home, Inc. for several years as was known for saying “I can’t call it.”
He was a member of the Wesley Union A.M.E. Zion Church where he served as
a Trustee. Doug was an Ohio State Buckeyes and Indianapolis Colts fan, loved
to play golf and shoot pool. He loved reading the newspaper and completing
the suduko puzzles. He most of all loved spending time with his family and
friends.
Doug was very active in the Masonry for over 25 years. He was Past Master of
Paxton Lodge No. 16 Free and Accepted Masons of Most Worshipful Prince
Hall Grand Lodge of PA, a member of Harris Chapter No. 26 Holy Royal Arch
Masons of PA, Himyar Temple No. 17 Ancient Egyptian Arabic Order of the
Nobles of the Mystic Shrine, Nimrod Consistory No. 9 Ancient and Accepted
Scottish Rite of Freemasonry and Howard Lennon No. 17 of the United Grand
Commandery of PA.
Along with his parents he is predeceased by his siblings Retta Hodge and
Gerald Johnson. He is survived by his loving wife Alesia L. Johnson, his
children; Yulanda (Orville), Douglas II, Juan (Patrice), Andrea and Debra,
siblings; Jacqueline Tyler, Henry, Charles, Jeffrey (Debbie), David (Pam) and
John (Georgia) Johnson, and Nita (Terry) Galberth, Aunt Jayne Jackson, his
grandchildren; Ashlii (Lamont) Randolph, Jalissa, Jaeden, Nekhi, Nia, Jalyn,
Julian, great grandchildren; Rasheem and Laylanie and his best friend Derek
Lewis, as well as a host of other relatives and friends.

To order memorial trees or send flowers to the family in memory of Douglas P. Johnson, please visit our flower store.