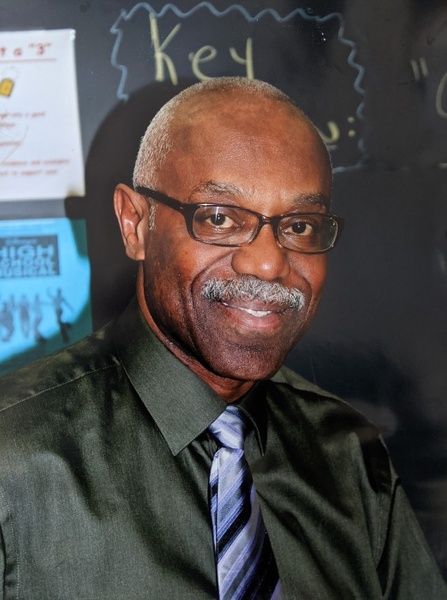 Earl Wayne Wilbourn Sr. was born on January 21st, 1954, in Philadelphia Pennsylvania to parents Lottie and Curtis Wilbourn. Earl grew up on 18th St. along with his eldest sister Ethel, and two younger siblings Gloria and Miles, or “Glo” and “Tony” as they are called by family. Earl spent much of his youth playing pickup games in the streets of South Philadelphia, letting his younger brother tag along. As a teen, Earl was a standout athlete, and would go on to earn All City honors in Baseball. He graduated from Edward W. Bok Technical High School in 1971, and moved on to attend Edinboro University in Edinboro, PA.

At Edinboro, Earl broke though the color barrier and became the University’s first Black baseball player. The exemplary Center Fielder would later earn tryouts with the Philadelphia Phillies and Pittsburgh Pirates. In 1978, Earl became a member of Omega Psi Phi Fraternity Incorporated. after being initiated into the Zeta Pi Chapter in Erie, earning the nickname “The Pearl”. He exemplified the Fraternity’s Four Cardinal Principals: Manhood, Scholarship, Perseverance, and Uplift. It was also at Edinboro where he would meet Glenda Ware and the two were wed in 1979. In his free time, Earl sang lead in the band known as “The Sensation of H.E.R.D.”, who open up shows for notable musical acts such as “Kool & The Gang” and Rick James. After graduating from Edinboro with a bachelor’s degree in English and a master’s degree in Education, Earl and Glenda made the move to Harrisburg, PA, where he would spend the remainder of life.

Upon arriving in Harrisburg, “The Pearl” joined the Kappa Omega Chapter of Omega Psi Phi Fraternity Incorporated. He was instrumental in the Kappa Omega’s acquisition of the 2020 State St. building that still houses the Chapter today. In 1981, Earl and Glenda gave birth to their first son, Earl Jr., and their second child Delonne was born in 1983. As parents, they would stress the importance of education to their children. Earl Jr. attended Kutztown University, and Delonne played football at Temple University.

In the 2005, Earl would meet his soul mate Vivian Diane Jeffers on Eharmony.com. The two would marry just four months later. From Baltimore, Maryland, Diane is a diehard Orioles and Ravens fan. On the day of their first anniversary, the two would attend a baseball game in Baltimore when Earl’s beloved Phillies were scheduled to play Diane’s Orioles. Through 16 years of marriage, Earl became an extended father to Diane’s children Michael, Terrell, Ashley, Marcus, Shelby, and Tyler Chandler. Over the years, the blended family would produce a host of grandchildren, of which “Poppa E.” or “Zadie” as they affectionately called him, loved to spoil with hugs and tasty treats.

Earl was an extraordinary father, teacher, mentor, and coach to thousands over the years. His teams won several championships in Basketball and Baseball. He also served as a Human Resources Manager in the Medical Insurance profession for many years, until he wrapped up the remainder of his professional career teaching Language Arts in the Harrisburg and Susquehanna Township School Districts. Earl even served on the Susquehanna Township School Board, and often officiated athletics including football, soccer, and track and field. He was also very active in the church and helped to establish the East Shore Church of Christ where he served as an elder and song leader. His favorite activities included singing, fishing, playing golf, cooking, listening to his favorite Motown group “The Spinners”, telling jokes, and being a grandfather.

When he fell ill with prostate cancer, Earl stated that his only regret was that he “never got a chance to see the Eagles win a Superbowl.” Like so many obstacles before, Earl defeated cancer. In 2017, an NFL week three dream by Delonne saw the family wearing black #11 jerseys while celebrating a Superbowl win. On February 4th, 2018, that dream became reality. “We won the Superbowl” Earl said in tears while sporting his black #11 jersey. He regarded this family celebration as one of his life’s finest moments.

On September 23rd, 2021, the world’s biggest heart drummed its final beat. Earl Wayne Wilbourn Sr. was called home to be with his Lord and Savior Jesus Christ. He is survived by his wife Diane, siblings Gloria Daniels, Miles Wilbourn, and James Wing, sons Earl and Delonne Wilbourn, stepsons Michael and Marcus Chandler, stepdaughters Ashley, Shelby, and Tyler Chandler, daughters-in-law Lauren Wilbourn and Tania Chandler, several nieces and nephews, and more than a dozen grandchildren. He was proceeded in death by his parents Lottie and Curtis Wilbourn, sister Ethel McLean, brother-in-law Edward McLean, and stepson Terrell Chandler. Whether he was known as Earl, “Pearl”, Uncle Earl, “Poppa E”, “Zadie”, “E”, or just dad, his character as a person could build the model on how a man is supposed to treat others. Although he called Harrisburg home for over forty years, he now has an eternal home in heaven and will receive his “Mansion Robe and Crown”.

Mask are required during services.

To order memorial trees or send flowers to the family in memory of Earl Wilbourn, please visit our flower store.