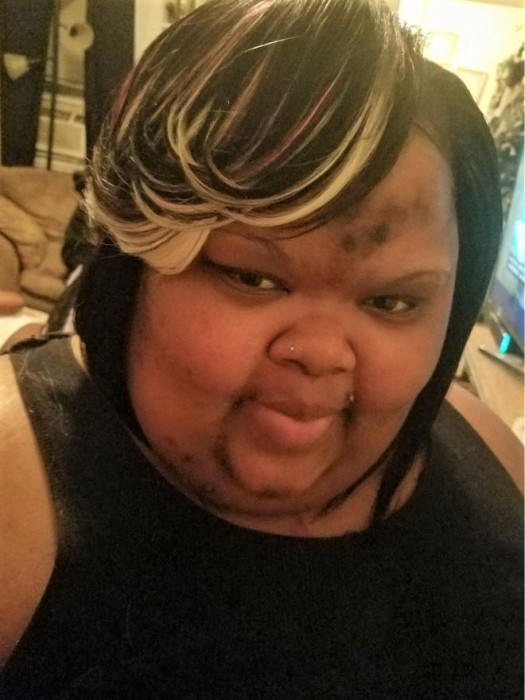 Ebony Y. Gantz-Smiley was born in Harrisburg, Pennsylvania on August 29, 1980 to Carrie Miller and Dwan Barton. She transitioned to be with the Lord on Thursday, August 15, 2019.

Ebony attended William Penn Vocational School and became a certified Horticulturist. She was savvy with flowers. She would create masterpieces with floral arrangements. Ebony would often arrange the flowers for the New Hope Living Baptist Church Family and Friends Day Program. She also created the floral arrangements for her mother’s wedding.

In her spare time, she loved spending time with her family, especially her nieces and nephews who affectionately called her “Titi”. She also liked to cook, listen to music, loved fashion and was a great organizer. She was also a diehard New York Giants fan.

Ebony leaves her mom, Carrie (Victor), her dad Dwan, her brothers; Kenneth and Dwan, her nieces Kenaya, Kalin, Da’Shay, Da’niyah, Alaysia, Dasani and her nephew Dwan. Her two aunts, Dolly and Lenora and a host of cousins, relatives and friends.