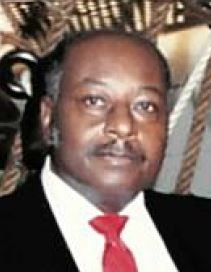 Ed Thomas Bullock was born in rural Fountain, North Carolina. His parents Thomas and Laura Bullock were sharecroppers and devout Christians who worked to instill strong values and an extraordinary work ethic that would be a distinctive part of Ed's life and legacy.

At an early age, Ed worked alongside his parents on the family farm and helped with his 10 younger siblings. He later met the love of his life Martha Ruth and they were married in 1954 and had three children. In 1956, the family migrated to Harrisburg, PA, and Ed began working for the City of Harrisburg. Ed later went on to work for Hershey Foods where he quickly rose to the position of a Supervisor. Over his 25-year career, he was well respected by his colleagues and superiors for his leadership and determination. Ed absolutely loved g

gardening/farming, spending time with his family, bowling, fishing, was an avid traveler, and devoted member of his church Baptist Fellowship. In retirement, Ed particularly enjoyed hosting fish fry's, bar-b-ques and family events while vacationing at his summer home in Delaware.

The service will be live streamed from fb.me/baptistfellowshipchurch and mask are still required.