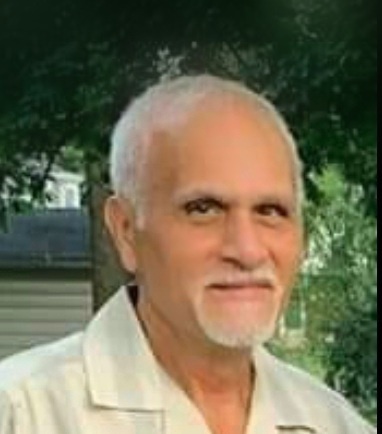 Edwin Narvaez, 68, of Carlisle, PA passed away November 4th at the UPMC Carlisle Hospital. Edwin was born on October 19th, 1953 to Venancio and Marcela Narvaez in Rio Piedras, PR. At an early age his parents and him moved to Bronx, NY, where he lived the majority of his life. Edwin
moved to Harrisburg, PA in 1996 and a few years ago settled in Carlisle, PA.

Edwin was a force of nature, determined to provide for his family and give them the life he felt they deserved. His family meant more to him than anything else in the world. After retirement, he found it difficult to stay home and a short time later was employed at Danuvial Service Solutions. Edwin was a
fan of the NY Giants football team, and loved the sport of Boxing.

Edwin was also a passionate craftsman who could be found in his "workshop" during his time off, working on different projects. Anyone who knew Edwin knew that he loved to joke around with his loved ones. He was the most loving father a family could ask for. Edwin was predeceased by his mother, Marcela, his father Venancio, his brother Noel and grandson Julius.

He is survived by his six children, Eddie, Wendy, Yalitza, Jeffrey, Cristian, and Eric Narvaez. His 12 grandchildren, 10 great-grandchildren and his
partner, Sandra Diaz. A celebration of life service will be held at 10:00 am, Friday, November 12th at Hooper Memorial Home, Inc., 3532 Walnut Street, Harrisburg, PA 17109. Burial will take place at 1:00pm at the Resurrection Cemetery, 116 S Oak Grove Rd. West Hanover Township, PA.