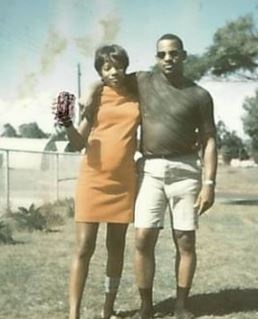 Elretha Connor, 71, of Harrisburg, PA, passed away peacefully in her sleep on the morning of March 9th, 2021 at the UPMC Pinnacle Harrisburg Hospital. She was the beloved daughter of the late Demus Rice, and the late Ethel Blanche Cox. She was born April 9th, 1949 in Sanford, North Carolina. Rita received her formal education at W.B. Wicker, one of the newly established schools in the south for black students. She would often come home from school and help teach her younger sister things that she had learned that day.

Rita met her late husband William Connor, Jr. while he was stationed at Ft. Bragg in North Carolina. They knew then and there that they would spend the rest of their lives together and were married within a few weeks after meeting in 1969. She spent most of her life as a proud military wife, traveling to countries such as Germany, China, Japan, and numerous cities. Through the years she worked at Harrisburg School District, Reese’s Chocolate Factory, Penn Credit, and as a cook at the New Cumberland Army Depot. Rita had a spirited personality, but she loved to reach people through her cooking. You never left her presence with an empty stomach or a frown.

Rita loved to socialize and dance she would often make friends everywhere she went. She loved laughter and was very gracious of anything you did for her. Being married to a soldier, she got to experience traveling all over the world, and she made the absolute most of it. She enjoyed traveling to visit family on holidays, often she would be the designated cook because everyone knew that she could “throw down” in the kitchen. Her children became her life, all being 8 years apart they kept her busy since 1972.

Viewing will be held at 10:00 a.m, and services start at 11 a.m., Thursday, March 18th. Cards and condolences may be sent to Hooper Memorial Home, Inc.

To order memorial trees or send flowers to the family in memory of Elretha Connor, please visit our flower store.