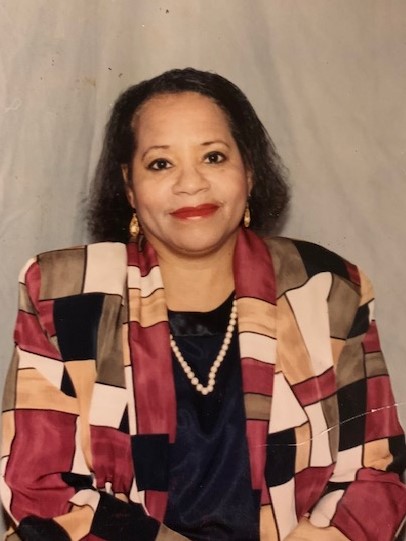 Mrs. Emma Lee Matteson (Emily), the only child born to the late Anna Mae Cooper Ellison, was born in Harrisburg, Pennsylvania on April 1, 1944.  At the age of 3, Emily’s mother fell extremely ill and passed away. Subsequently her grandparents Lucy and Hervey Ellison raised her.

Emily received her formal education in the Harrisburg public school system. However, because she got married and had 6 children at such a very young age, she returned later to obtain her high school diploma. She graduated in 1974 from William Penn High School as valedictorian of her class.

She continued her educational journey at the Harrisburg Area Community College majoring in General Studies and then opened a childcare center in her home called “Emmy’s Daycare.” After operating her Daycare for several years, she accepted a position as a Claims Examiner with Pennsylvania Blue Shield in Camp Hill, Pennsylvania.

In 1981 she married Richard Matteson (Rick), the love of her life.  Emily and Rick searched the U.S map for a better climate because of Emily’s severe Asthma.  They decided that Arizona was the perfect place; so, in 1990, they loaded their car and relocated to Glendale, Arizona.

Emily retired from Blue Cross and Blue Shield of Arizona in 1992. After retirement, she and Rick decided to help children with special needs, so they became foster parents. They fostered more than 100 special needs children between 1992-1995 to include children with ADHD, Failure to thrive, Sickle Cell Disease, Autism, Infants with Drug Addiction, Premature Infants, and children of abuse. In 1996, Emily reopened Emmy’s In-Home Day-Care and continued to operate her business until she finally retired in 2005.

Emily loved her family and the Lord. She was strong, independent, and wise and she carried herself with class and dignity. In her spare time, she enjoyed watching movies and spending time with her family and friends. She also enjoyed watching the Arizona Cardinals and was Larry Fitzgerald’s #1 fan. She had a great sense of humor and even named her fish Larry Fish-Gerald.

She was well known for making her infamous Jewish coffee cake every year at Christmas.

On Sunday night, November 8, 2020, Emily peacefully transitioned into eternal life. She was preceded in death by her husband of 37 years, Richard Matteson (Rick), her mother, grandparents, and grandson Ra-Sean Holloman.

Emily was loved by many and will be truly missed.

Due to the rise in COVID-19 cases, the Memorial Services for Ms. Emma Lee Matteson will be postponed until further notice, thank you for your patience and understanding.