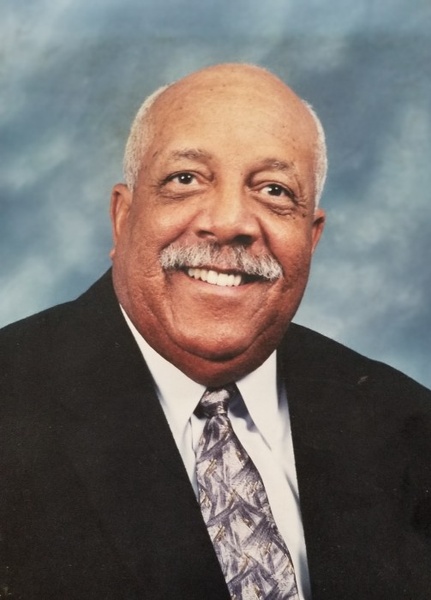 (aka Big Boy and Honest John )

Eugene Britton, beloved son of the late George and Ressie Britton was born of November 30, 1934 in Washington, Georgia. He departed this life peacefully after a brief illness; and ascended to our heavenly Father on February 20, 2020.“Gene and Uncle Gene” as he was affectionately known to relatives and friends, received his education at John Harris High School. He had many talents, but his favorite was sports especially football. He played with the Harrisburg CAPs Semi- Pro Football League and received a scholarship to attend the San Bernardino Community College in California. After college he joined the United States Marines Corps and received an honorable discharge.Brit, as Phyllis affectionately called him, were blessed with 50 years of blissful matrimony.He retired from the Commonwealth of Pennsylvania, Legislation Reference Bureau as a Research Clerk after 35 years. Most of his time after retirement was spent golfing and going to football games at John Harris High School. His favorite team was the Philadelphia Eagles. As a member of Greater Zion Missionary Baptist Church, he served on the Food Bank Ministry.He was loved by many and touched the lives of everyone he met.  He was especially focused on the youth whom he spent a lot of time mentoring. He was witty, a greater conversationalist, humorist, and had a smile that captured your heart.Eugene leaves to cherish his memory, his wife, Phyllis; children; Sherry Britton, Harrisburg, Pennsylvania,  Eugenia Walker (Lewis), Henrico, Virginia, Steven Harris, a guardian to Sean Grimes and mentor to Christopher Johnson, 2 siblings; Patricia English, Harrisburg, Pennsylvania and Lois Foster, Asbury Park, New Jersey; several grandchildren and a host of relatives and friends.

To order memorial trees or send flowers to the family in memory of Eugene Britton, please visit our flower store.