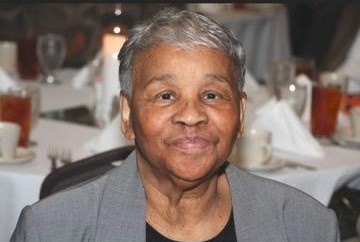 On March 4, 1931, Eunice "Dandy" was born to the late Daniel and Fannie Potter. On Wednesday, December 22, 2021, Eunice Harriet Potter Hurst transitioned to be with her Lord at ninety years of age.

Educated in the Harrisburg Public School System, Eunice graduated from the former William Penn High School, Class of 1949, where she excelled in basketball. After high school, she became employed with the Federal Government as a Data Processing Operator in the Bureau of Finance. After over 30 years of service, Eunice chose to take early retirement when her job moved to Maryland. Early in her retirement, her godson asked her to help in his Carlisle facility by becoming a Part-Time Cook. This request led to multiple part-time cook positions within Alternative Rehabilitation Communities, Inc.

Eunice and Allen (Bruce) were joined in matrimony on August 2, 1952, and blessed to share over fifty-five years before Allen's death.

Eunice was a member of Bethel African Methodist Episcopal Church since a child. She was a past member of the Sanctuary Choir, Stewardess Board A Emeritus, and Autrey Gould Clements Missionary Society. She and Johninne Johnson were often found in the kitchen cooking for Bethel's Men's Day and riding the bus to Annual Conference with her nieces, Vivienne Elby- Bowers and Dawn Johnson. It is a fact that there are three topics you cannot bring up to her negatively, Bethel Church/Rev.T.S. Clements, Harrisburg City School District/Cougars, H. Major Poteat, and ARC/Daniel P. Elby.

"Potts," as she was affectionately called by her young nieces, nephews, and grandson Lance's friends, was an avid Harrisburg Cougar Fan.

Livestreaming is available via the links below:

To order memorial trees or send flowers to the family in memory of Eunice H Hurst, please visit our flower store.