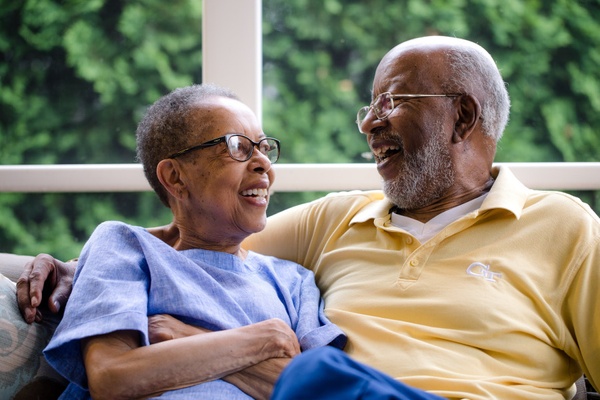 Looking out at the slow-moving Susquehanna River on a sunny afternoon, Fred Foster died on January 30, 2021 with the kind of quiet dignity with which he lived his life.  His wife of nearly 50 years, Connie, was at his side.

Fred was born in Newark in 1939, the son of Bessie and Frederick.  There, he grew up alongside his feisty younger sister, Marilyn, and the two of them were friends for life.  Her quick wit paired well with his skill at storytelling to enliven any dinner table they joined.

In a world often full of noise, Fred taught the people around him that it was OK to be quiet and choose your words with intentionality.  He could say more with a single look than most people could in a paragraph.

Fred could cook.  And he loved to do it. Most people who knew him can conjure up images of Fred working over a stove with jazz music playing in the background.  If you were lucky, you even got to hear him “sing” along, which, more often than not, was him making a snake-like hiss in the attempt to match the sound of a drum set.

Fred was a husband to Connie, a father to Chris, Pam, Craig and Miles, a brother to Marilyn, and a grandfather to Sam, Alicia, Jared and Josh.  He was family and friend to many more.  They will all miss him.  He loved them tirelessly.

Services will be held privately at Hooper Memorial Home, Inc. on Friday, February 5, 2021 at 1:00 p.m. and attended only by his immediate family. The funeral will also be livestreamed online at hooperfuneral.com.  Instead of flowers, the family asks that donations be made to the United Negro College Fund, online at uncf.org or by mail at 1805 7th Street NW, Washington, DC 20001.

To order memorial trees or send flowers to the family in memory of Frederick L. Foster, please visit our flower store.