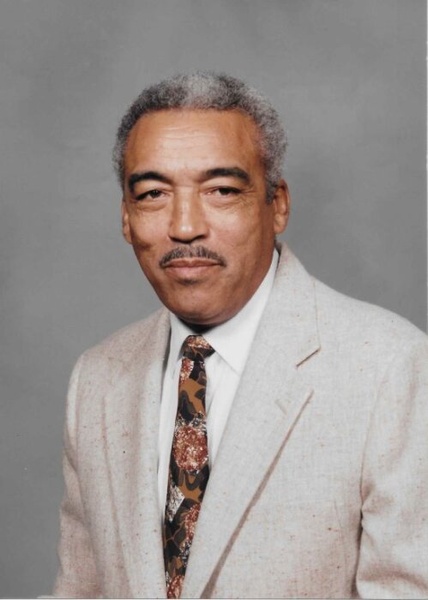 He is the son of the late Marvin Roberts and Martha Penn Roberts. He was predeceased by his sister Sarah Gaston and son George A. Roberts.

George, nicknamed Fugi, and affectionately referred to by his wife as her “Huckelberry” was an avid golfer and a longtime member of the Long Driver’s Golf Club, a member of Greater Zion Missionary Baptist Church, the Homeless Ministry, Sunday School Teacher, Church Van Drivers, Bowling Ministry and the Men’s Ministry. He was a member of The Teamsters Union and the AFSCME Union. George served honorably in the U.S. Army.  He attended J.J. Jones High School in Mt. Airy, North Carolina

George loved his wife’s cooking and baking. He never desired to eat out at restaurants because he said, “No restaurant can cook better than his wife.” A few of his favorites made by her: pound cake, lemon lush, cream of crab soup, fried butter-fish with homemade corn bread, and fried apple pies made by his wife annually to share with his golf buddies on their annual golf trip to Myrtle Beach.

His life is being celebrated on Friday, October 23, 2020 at The Greater Zion Missionary Baptist Church, 212 Progress Avenue, Harrisburg PA 17109.  The viewing begins at 10:00 a.m. and the funeral starts at 11:00 a.m., Covid-19 guidelines will be in effect with mask and social distancing.  George will be buried at Indiantown Gap with full military honors.

Loved by many, he was known for his dry sense of humor, wittiness and quick come backs, his soft-spoken spirit, his kindness and his love for God, family and friends.