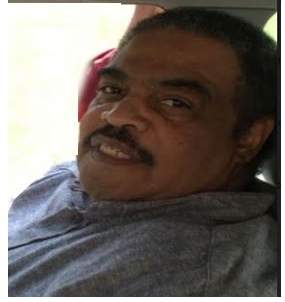 Gilliland (Gil) Odell Johnson, 67, of Harrisburg, PA peacefully departed on June 26, 2020. He is survived by his devoted, loving mother Frances Sloane, and his three adult children.

Gil was a dedicated father and committed family-oriented man who deeply cherished his mother, his children and family.  Gil, a renaissance man, could expertly discuss travel, politics, sports, and the stock market.  As a travel agent guru, he frequently advised and assisted family members traveling around the world, always monitoring their trip diligently until their safe arrival home.

Gil spent over 30+ years in the airline industry and worked with Altair, Frontier, and United Airlines.  Ultimately retiring from United Airlines after 20+ years of dedicated service.  He worked from airport hubs in Harrisburg, PA, Newark, N.J and Dulles, VA at Washington Dulles International Airport (IAD).  Gil traveled extensively. He enjoyed the benefits of traveling around the world with his family and friends.

Yes! He was an avid fan of many sports, particularly of the early Philadelphia 76ers.  He had a love and admiration for Muhamad Ali during the classic age of boxing. But his greatest love was for the Dallas Cowboys. He was also a fierce Backgammon player, who was not afraid of friendly competition. He often enjoyed battling it out with his uncle, Willie Johnson, son Gil, and many other family members. It’s still disputed on who is the best Backgammon player in the family.

He was predeceased by his brother William (Billy) A. Johnson. He joins Billy and his late grandmother Lola J. Brown and uncle Jonathan (Joe) Johnson. Gilliland Odell Johnson will be dearly missed by the family. His life will be celebrated by a host of dear nieces, nephews, cousins, family and friends who share many, many treasured memories.

COVID-19 social distancing will be observed. Live streaming at

To order memorial trees or send flowers to the family in memory of Gilliland O. Johnson, please visit our flower store.