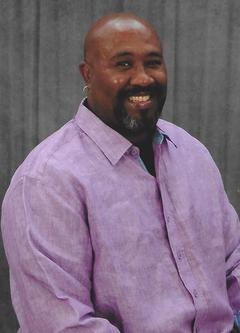 Harold â€œKeithâ€ Taylor, 62, of Harrisburg, PA, passed from this life into eternity on Thursday, April 27, 2017 with his wife by his side.  Keith was the eldest of three children born on August 21, 1954 to Ann C. Taylor and Harold Taylor, Jr. in Philadelphia, PA.  He was preceded in death by his father, Harold Taylor, Jr. and his grandson, Bentley Taylor.
Keith received his early education in the public schools of Philadelphia.  Keith graduated from Overbrook H.S in June 1972.  As a young man Keith excelled in sports, and became known as one of the best and fastest athletes in Philadelphia.  Keith attended Villanova University, Bowie State University and received his Bachelors and Masters Degree in Social Services from Lincoln University in Philadelphia.  Keith began his professional career as a Pennsylvania State Trooper, serving the citizens of the Commonwealth for 16 years.  After retiring from serving the citizens of Pennsylvania, Keith began a career in Human Services; continuing his desire to help others.  Keith most recently was employed by Valley Youth House as a Program Director.  Keithâ€™s passion for the Philadelphia Eagles was infectious.  He attended many Eagles games and you would often see him wearing Eagles attire.  But, one of his favorite spots was his Eagles Man Cave located in the basement of his home.  Keith is survived by his loving and devoted wife Felicia A. Lewis; his mother Ann C. Taylor; sister Michelle Taylor; brother Michael Taylor and sister-in-law Desiree Taylor; son Harold Taylor, Jr.; daughters Candace, Tiffany and Christian Taylor; Timothy Dendy and Michael Dendy; 7 grandchildren; 2 nephews; 2 nieces; and a host of relatives and friends.
Keith will be celebrated Thursday, May 4, 2017 at Goodwin Memorial Baptist Church, 2447 Green Street, Harrisburg, PA.  Viewing begins at 10:00 a.m.  Service begins at 11:00 a.m., Keith will be laid to rest at William Howard Day Cemetery. Final arrangements are being handled by Hooper Memorial Home, Inc. Donations in lieu of flowers to: Felicia Lewis, 101 N. 31st Street, Harrisburg, PA  17111

To order memorial trees or send flowers to the family in memory of Harold K. Taylor, please visit our flower store.