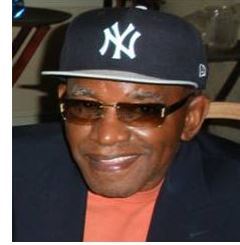 Isaac Hawkins, Jr., 73 of Harrisburg, passed peacefully on February 14, 2017. He was the son of the late Lena and Isaac Hawkins Sr., and served honorably in U.S. Air Force.  Isaac retired from the Commonwealth as an Equal Opportunity Specialist at PennDOT. He was a member of the Legion, Post #733 and enjoyed going to the gym. Isaac is survived by his wife, Diana Hawkins, children; Terri (Barry) Bonner, Danielle Wise and Rasheed Hawkins, a sister Janet Hawkins Nunn, 7 grandchildren, relatives and friends.
To order memorial trees or send flowers to the family in memory of Isaac Hawkins Jr., please visit our flower store.
Send a Sympathy Card
Send a Sympathy Gift