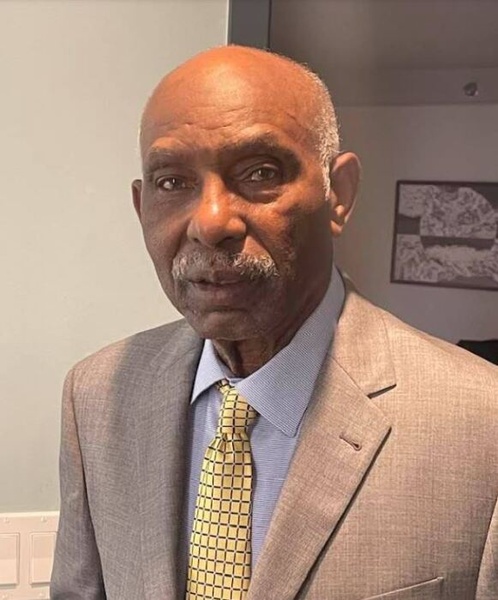 James Theron Golden was born to George Washington Sr. and Maybelle Golden on August 21, 1934, in Tampa, Florida. Born during the Great Depression and experienced the death of his father at 8 years old. He was displaced from his mother along with his brother Freddie at a young age. James along with his brother Freddie were in and out of boy’s homes and had to make money doing many odd jobs to survive. When he was old enough, he traveled with the Carnival with older siblings Willie and Florine. James traveled and worked carnivals all over the US and in Canada.

James sought to learn and learn he did. He learned plumbing, heating, air conditioning, auto mechanics, construction, home building and so much more. He was a sponge for valuable skills, and he would put those skills to work in service to his family long before the term side hustle existed. He would teach his sons as much as they could absorb about everything from fishing, building, creating, boxing, standing up for self and family, and all with a great sense of duty.

It was hard to know James Golden and not know his hobbies which included fishing, billiards, working on cars. He loved watching NASCAR, boxing, tennis, golf, and especially Westerns.

He was an entrepreneur for most of his life and was proficient in working on automobiles, carpentry, televisions, heating and cooling and more. James worked for more than 30 years as a plumber and retired officially in 2014 at the age of seventy-nine when he was diagnosed with Alzheimer’s disease.

He was a faithful member of Cornerstone Baptist Church where his son Michael is pastor. James was happy to use his gifts as he served in the Maintenance Ministry where he installed the water fountain and worked on many other projects.

He spent his later years in Florida in his home state near some of his sons and their families. Although he battled Alzheimer's disease, he remembered friends and family by name till the end. He will be remembered for his folksy personality, mental strength, hard work, and devotion to his family.

To order memorial trees or send flowers to the family in memory of James Golden, please visit our flower store.