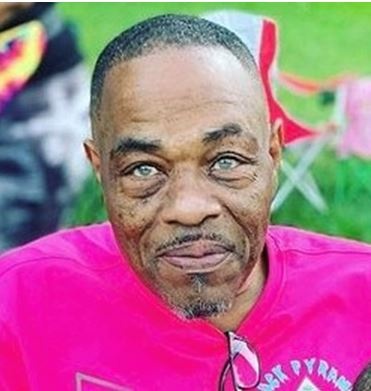 James Holton was born on July 11, 1960 in Washington DC to his parents the late James Phillip Holton and Mary Rita Holton-Herndon. He was the first born to this union. James attended school in his early years in Washington DC and later moved to Alexandria VA.

He graduated from TC Williams as an all-American basketball player and also attended Howard University for a year before playing semi pro ball for the Washington Bullets. Unfortunately, he tore his ACL which landed him his first job at Safeway warehouse, and also Sears in the Parts Department.

James later moved to Harrisburg, Pennsylvania in 1999 to start a new life. Where he became a known basketball coach for the Dope Busters, and Lincoln Elementary School. James was well known and respected in his community. To many, he was known as OG James and he later retired from Dauphin Manor Nursing Home.

James loved all sports, but basketball was his passion. He was extremely talented. He loved playing the PlayStation with his son. He also loved to brag about his children and grandkids. James was a die-hard Redskins Fan.

To order memorial trees or send flowers to the family in memory of James Holton, please visit our flower store.