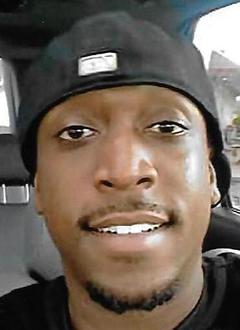 September 11, 1985 to the late Jerry E. Stern and Debra K. Sanders of Harrisburg, PA.
Jarid was educated in the Susquehanna School District. He was the former employee of ES3 LLC, in York, PA also at SpeedCo in Harrisburg, PA
In Jaridâ€™s spare time he enjoyed the Culinary Arts. He loved to experiment with new and entertaining recipes. He was a big fan of â€˜The Bizarre Foodâ€™, a cooking show on the Food Network. His goal was to one day have a food truck.
Jarid also spoke Spanish fluently.  He enjoyed traveling and loved water sports, biking and the great outdoors. A young man of great intellect he loved astrology, gazing and studying the stars and the moon. He was a great mentor to his younger cousins.  Jarid was a lover and collector of exotic animals and was the proud owner of a 2 ft. alligator.
In his quiet time Jarid loved listening to Classic Music from the 70â€™s, 80â€™s and 90â€™s era, his favorite vocalist was Sade.
Jaridâ€™s most precious gift was his partner in love, Gage, his 6 year old spoiled Pit Bull whom he nursed with a baby bottle from birth.
What Jarid enjoyed most was spending time with his mother, whom he loved dearly and sharing special moments with family and friends.  He spent 13 years with the love of his life, Bonita.
He departed this life for his heavenly home on Friday, September 16, 2016. Along with his father he was preceded in death by his maternal grandparents, Harry and Pauline (Gumby) Sanders and his paternal grandparents, Ernest Macon, Sr. and Helen Cleveland.
The cherished memories of his life will be remembered by his devoted mother, Debra K. Sanders; brothers Brandon and Jerremy Stern; his loving companion, Bonita LaSanta; his 2 nephews, Tyquan and Tyhier Stern; his side kick, Gage, and his Godmother Mary Strawn all of Harrisburg, PA and a host of uncles, aunts, cousins and friends.