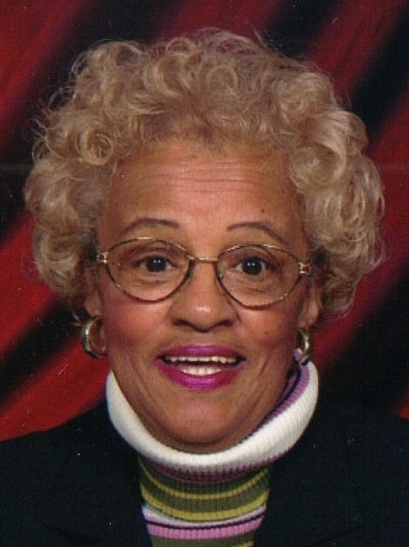 Jean Leftridge Williams transitioned from labor to reward on Monday, July 15, 2019 at The Jewish Home of Greater Harrisburg. She was born in Harrisburg on June 29, 1930 to the late Clayton J. Leftridge and Lucy Williams Leftridge. She married Frank Herbert (Herb) Williams in 1965 and had a loving marriage until his death in 1996.

Jean grew up in Harrisburg and graduated from John Harris High School and Thompson Business School. She was employed as a Program Assistant for the Commonwealth of Pennsylvania the Department of Agriculture.

After her retirement in 1985 she cherished the moments spent reading, watching basketball, especially the Golden State Warriors and with family and friends. She hosted several family reunions at her home and enjoyed traveling with her cousins, church members, and friends. Jean never met a stranger. Her neighbors and friends knew that she was always ready to lend them a helping hand in their time of need.

At an early age, Jean accepted Christ as her Lord and Savior. She joined St. Paul’s Missionary Baptist Church where she served as Church Clerk for 27 years, the Women’s Business and Professional Ministry, Food Bank, Jr. Church Ministry and Audit Committee. Later, she became a faithful and dedicated member of The Greater Zion Missionary Baptist Church. She served on the Golden Years Ministry, New Members Ministry, enjoyed weekly Bible Study classes and participating in other church sponsored activities.

“I have fought a good fight, I have finished my course, I have kept the faith: Henceforth there is laid up for me a crown of righteousness, which the Lord, the righteous judge, shall give me at that day: and not to me only, but unto all them also that love his appearing.”

To order memorial trees or send flowers to the family in memory of Jean L. Williams, please visit our flower store.