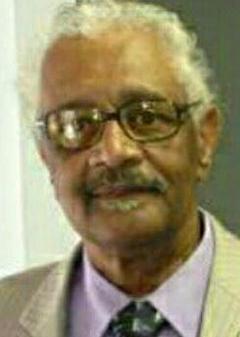 Mr. Adams was born on Monday, September 27, 1948, in Harrisburg, Pa, to John Q. Adams II and the late Gertrude (Fox) Adams. At the age of 7, John had an adverse reaction to a Polio vaccine; John was unable to attend school for one year. At the age of 12, John became a member of the Boy Scouts under the leadership of Reverend Billy Gray. John was very proud to be a boy scout and often told stories about camping out.  In addition to camping, John enjoyed spending summers with his grandparents in Maryland on the family farm.

John attended and graduated from John Harris High School in 1968. Right after graduation, he enlisted in the U.S. Marine Corp. John honourably served his country during the Vietnam War.  He received the National Defense Service Medal. John loved and was proud of his military service. After serving his time, John continued his education at Harrisburg Area Community College in Harrisburg, Pa. John was employed by and retired from the Dauphin County Prison on October 3, 2003.

John is family oriented. He loves spending time with his wife, children, and extended family.  John enjoys deep sea fishing, riding his motorcycle and trips to Colorado. John enjoys spending time in the Rocky Mountains and flying his brother-in-lawâ€™s plane. John is a member of First Spirit Filled Missionary Baptist Church where he proudly serves as Deacon and Trustee. He loves opening the Prayer and Worship services. John is also a member of the Buffalo Soldiers motorcycle club where he is known as â€œFather Timeâ€. John serves as the Chaplin in the club.  John touched the lives of many people with his smile and generosity, and maintained his trademark sense of humour all the way to the end.