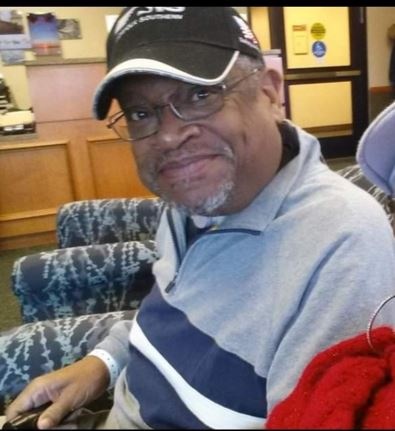 John P. Blackstone, 69yrs of Harrisburg, passed peacefully on Saturday, February 6, 2021.  John was born on Friday, March 9, 1951 to the late Marion Blackstone. A 1970 graduate of John Harris High School, where he played football, “Go Pioneers!” John wore #32 because it was the number of his favorite player, Jim Brown, who others often said he resembled on the field.  John’s lifelong interest in the sport prompted him to coach neighborhood children. John was a big fan of the Pittsburgh Steelers and because of his love for the game, he rarely missed the opportunity to watch them play.

John retired after more than thirty years of dedicated service to the Norfolk Southern Corporation, one of the nation’s premier transportation companies, where he worked as a machinist. John was a member of the YMCA, Decade of Champions and was an avid golfer.

Always known for his warm smile, firm handshake and friendly disposition, as well as, sporting an “Applejack” hat, John could always be counted on to lift the spirits of others he encountered. He loved jazz music, and would often attend performances in the greater Harrisburg area.

John is survived by his devoted daughter, Tracey Torres (William Jr.) and his only grandson Savion Torres. He is also survived by his siblings: sister Frances Ross (Willie), and his brother Samuel Blackstone as well as a host of extended family and friends.

Services were provided by Hooper Memorial Home, Inc., and a private “Celebration of Life” will be held at Dayspring Ministries for the immediate family, on Saturday, February 20, 2021 at 12 Noon. The family invites you to celebrate with them through the live online link provided below.

To order memorial trees or send flowers to the family in memory of John P. Blackstone, please visit our flower store.