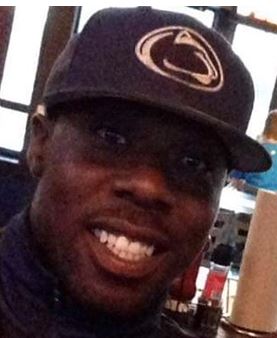 John I. Smith Jr., son of John I. Smith & Patricia Handy was born on May 23rd, 1983 in Chester, Pennsylvania. He was preceded in death by his loving sister Patricia Smith and his grandmothers; Annabelle Smith and Patricia Weatherly

A 2002 graduate of Cedar Cliff High School. He was a very good student and athlete. He played football and basketball in his elementary and high school years. He had the most beautiful left-hand jump shot known to man.

After graduating, John started his own business (Smith & Sons) as a landscaper. On his free time, he would work on repairing and remolding offices and homes.

John truly had an undying love for his two children, Bianca Smith and John Ivan Smith III. Their happiness and well-being meant the world to him. He always made sacrifices by working overtime and additional jobs to ensure his children had what they needed and what they wanted; but of course, within reason. They were, they are and will always be within his heart.

Some fond memories his mother cherished was making him chili and dancing throughout the house. She also remembers the bird house; Uncle Chub made specifically for him, which he made a tradition to decorate every year for Christmas. He loved building campfires for the kids and roasting marshmallows. John really loved pickles! Every time I would get a jar of pickles they would be gone within a few days. When he was little, he loved running around the house naked. I used to tease him that the neighbors would see him. But that only made him do one thing … start dancing even more.

John loved to watch and go to Penn State Football games and Harrisburg Senators Baseball games with his two loving children. He loved the Philadelphia Eagles and music. He was a fan of all genres, ranging from The Grateful Dead to Notorious B.I.G.

To order memorial trees or send flowers to the family in memory of John I. Smith, please visit our flower store.