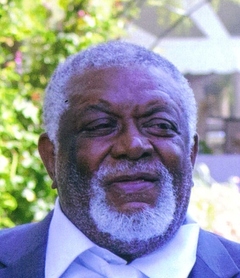 Johnnie L. Freeman, Jr., 72 of Harrisburg and affectionately known as â€œCountryâ€, passed September 9, 2017. He was predeceased by his parents John and Evelyn Freeman, son Frank Freeman and siblings; Joann Freeman and James Ross. He was a driver for Hempt Brothers and enjoyed the outdoors and sports. He is survived by his companion Patricia Davis, children; Mea Freeman, Angela Davis Jackson, siblings; Columbus Freeman, Dianna Simmons and Phyllis Whitworth, 4 grandchildren and a host of relatives and friends.
To order memorial trees or send flowers to the family in memory of Johnnie L. Freeman, Jr., please visit our flower store.
Send a Sympathy Card
Send a Sympathy Gift