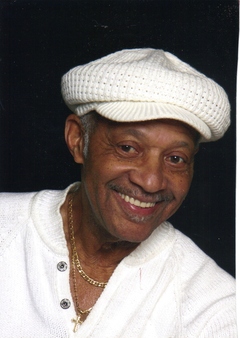 Johnnie L. Goode, 82 of Harrisburg, passed peacefully on Monday, January 30, 2017 in Frey Village Retirement Center in Middletown, PA. He was the son of the late John and Pauline Goode and predeceased by his wife Janet Goode and two siblings; Alberta and Arthur Goode Jr. Johnnie retired from the U.S. Army, the Liquor Control Board and had previously worked for the PA State Police and PA Sheriffs Dept. He was a Mason, member of the American Legion Post #733 and enjoyed traveling.
He is survived by his children Roland Goode and Debora Smith, stepchildren Debra Danner and Glenn Sharp, siblings Ada Walker and Atha Logan, 9 grandchildren, 14 great grandchildren and a host of relatives and friends.
To order memorial trees or send flowers to the family in memory of Johnnie L. Goode, please visit our flower store.
Send a Sympathy Card
Send a Sympathy Gift