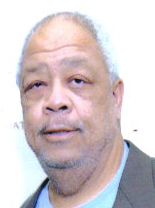 Johnny Lovejoy, Jr. 64 of Harrisburg passed peacefully on August 6, 2015 at Penn State Hershey Medical Center. He was the son of late Johnny Lovejoy, Sr. and surviving Geneva Flagg Floyd. Johnny was a member of the Harrisburg Church of Christ. He served in the United States Air Force during the Vietnam War, served as a Democratic Committee Man for Penbrook Borough and was employed by UPS. He is survived by his devoted wife Denise Lovejoy, his daughter, Ashia (Mackenly) Philippe and son Matthew M. Moyer.
To order memorial trees or send flowers to the family in memory of Johnny Lovejoy, Jr., please visit our flower store.