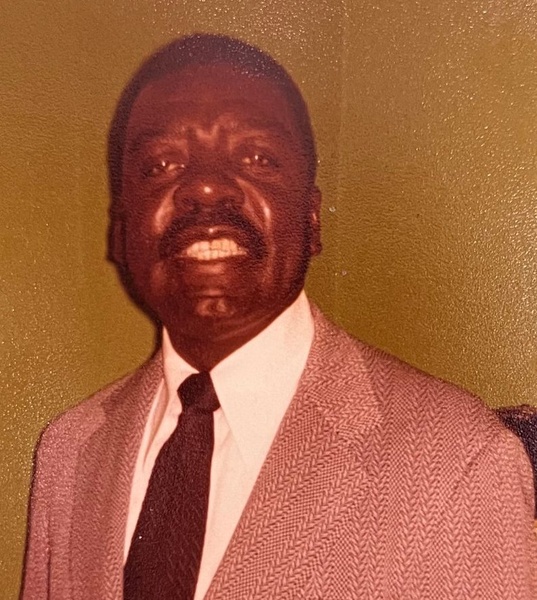 Born on Sunday, April 28,1929, to the late David L. Holmes and Eleanor J. White-Holmes in Philadelphia, Pennsylvania. Joseph W. Holmes gained his heavenly wings on Monday, July 11, 2022, at Spring Creek Nursing and Rehabilitation Center at the age of 93.

He was preceded in death by his parents, wife Marcella Holmes and siblings, Thomas Holmes, and Sarah Holloman.

Joseph was a dedicated member of the Church of God and Saints of Christ. He held steadfast in the power of prayer and was NEVER late for any service. Anytime the doors of the Church were open, he was at his post and in uniform. An avid Philadelphia Eagles football fan, Joseph enjoyed spending time with family and friends. Educated in the Philadelphia school system, where he graduated from Overbrook High School.

After relocating to Harrisburg, PA, he became head chorister and held that position until his health no longer allowed. Music was his first love. He strongly believed in exercising the vocal cords before every choir rehearsal.

Prior to his passing, Bro. Joe was the last surviving Jr. Trustee of the Philadelphia Tabernacle. He was a long-standing member of the Harrisburg, PA Trustee Board, and past Chairman of the Building Fund.

A special thanks to, Roxanne Duncan for always being his personal "Florence Nightingale" as well as, Mr. Robert Springs for being his "Guardian Angel" and roommate during his latter days.