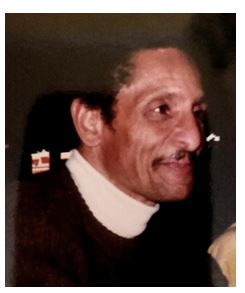 Joseph H. Stevenson, Jr. was born on November 2, 1943, at Harrisburg Hospital, in Harrisburg, PA to the parents Joseph H. Stevenson Sr. and Sylvia B. Stevenson. He attended elementary school in Steelton PA. Joseph was a graduate of William Penn High School in Harrisburg, PA. He obtained an Associate’s Degree from Cheyney State College, and a B.A. Degree from Syracuse University. He became a community activist, and an active participant in the Civil Rights Movement in the 1960's. Joe was a musician, and played the saxophone in various bands. As a life-long seeker of truth, he became a writer and a visionary. Blessed with a great analytical mind, Joe became an “engineer”, and started a very successful business creating electrical motors. A man of peace, his goal and vision were to do his part in bringing peace and unity to humanity. He is survived by his beloved partner Mary Hanna; daughters Western and Shehanna; brothers Burnie & Guy Stevenson, and a host of nieces, nephews, cousins, relatives and friends. Joe, may you rest in the peace and love of your creator forever.