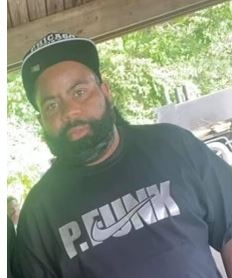 Joseph Davone Williams, 37 of Harrisburg passed on September 5, 2021, at home with his family by his side. He was born in Harrisburg, PA to Joseph Thompson and the late Diane Williams.

He received his education from the Harrisburg City Schools. Joseph was employed as a cook and was an entrepreneur. He had a passion for music, especially old school, R&B and rap. He enjoyed fashion and was part of the “Sneaker Head” culture. Joseph also enjoyed eating good food and riding around in his neighborhood. His greatest love was his children.

One person said, he was a quiet soul who was making a better way for himself. He had a big heart and will truly be missed by all who knew him.

Along with his father he is survived by his children; Joseph Williams Jr., Jaylynn Inese Smith, siblings; Shawnicka Williams, Dianna Thompson, Veronica Robinson and a host of other relatives and friends.

To order memorial trees or send flowers to the family in memory of Joseph Williams, please visit our flower store.