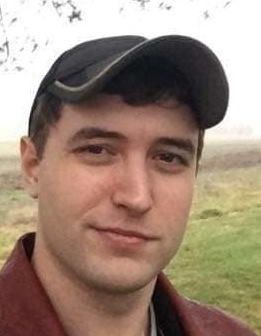 Joshua Connolly Bullock, known professionally and to his many friends as Josh Harrigan, of New Cumberland, PA, died unexpectedly on January 16, 2019.  A winning personality and infectious smile. Beautiful soul. Compassionate. He was supportive when you needed a friend. He was 27 years old.  His parents are Robert D. Bullock of Seattle, WA, (formerly of Eastman, Georgia) and The Rev. Canon Kate Harrigan of Etters, PA, (formerly of Montezuma, Georgia).

Josh had many deep passions and dreams: theatre, nature, and especially science and space. He would talk your ears off about Carl Sagan and agreed “if you want to make an apple pie from scratch, first you must invent the universe.” And that is what Josh tried to do—discover a universe.  Though disconcerting sometimes, his favorite question was “Why?”

Before college, Josh attended Circle School and St. Stephen’s Episcopal School where he exceled in track until a knee began to hurt. Then he switched to karate and became a brown belt and an assistant to Tomeka Farrar at Farrar Martial Arts. He loved golf, taking after his deceased grandfather, John Lester of Montezuma, Georgia, who had played the senior PGA circuit in the southeast. He was honored to participate in the National Student Leadership Conference and invited to attend the first inauguration of President Barack Obama.

In Josh’s universe, he aspired to be a theatrical producer, following in the footsteps of his great-grandfather and namesake, Joshua Logan of South Pacific and Paint Your Wagon fame, as well as his great-great-grandfather, Edward Harrigan (famous New York actor and manager in the early part of the 20th century) for whom the song “Harrigan” was created. Josh developed his acting craft with Barbizon Modeling Agency in Lemoyne and the Central Pennsylvania Youth Theater. He then started Capital Casting and Entertainment, which developed some local music concerts to spotlight local talent. As a college intern for a season with Gregg Mace at ABC27, he totally enjoyed learning logistics while helping to film local high school football games.

He was curious and kind, deeply loved by friends and family.  Josh is survived by his parents Robert D. Bullock (Jessica); the Rev. Canon Kate Harrigan (William Alford); his older brother Daniel B. Bullock; his older sister Sarah Ann Bullock (Michael Ishman); a step-brother, An Bowei of China; and many beloved cousins, relatives and friends.

Indeed, Josh is now a part of the larger universe, and more than likely conversing with the artists, musicians and scientist he often admired. Services to celebrate his life will be held at St. Paul’s Episcopal Church, 248 Seneca Street, Harrisburg PA, at 10:00 a.m., January 26, 2019.  Visitation will be at 9:00 a.m. In Josh’s memory contributions may be made to St. Paul’s Episcopal Church, and St. Stephens Episcopal School, 215 N. Front Street, Harrisburg, PA. Hooper Memorial Home, Inc. is handling Josh’s arrangements. www.hooperfuneral.com

To order memorial trees or send flowers to the family in memory of Josh Bullock (Harrigan), please visit our flower store.