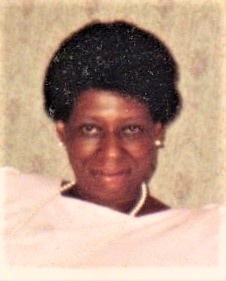 Lavon Geneve Thurman 76, passed away on March 14, 2019.  The daughter of the late Albert Holton Sr. and Geneva Brown and step daughter of Arlene Holton.  Lavon was the sister of the late Becky Brown and Marie Holton. She is survived by her sister and brother Kathy Forsythe and  Albert C. Holton Jr. .

Lavon is also survived by James Thurman Jr., her husband of 47 years.  They have stood side by side through thick and thin for most of their adult lives. As with every woman, she has worn many hats over the years. Mother to Kevin Lamont and James Albert Thurman.  Known by the nickname Aunt Bey’, given by her niece, the late Carmen Rene Holton.  She is survived by her nephews Brian Holton and Jehan Forsythe, nieces Bianca Cook, Kersten Forsythe and many grandnieces and nephews, including Michael, Justin, Julian and Giuliana, cousins and the like.   She never achieved the role of grandmother, not thru her lack of encouragement.

Lavon was a native of Harrisburg and thus her education and career began and ended in her home city.  A graduate of William S. Penn HS of Harrisburg, she choose to begin her career in the medical field.  She started her work life as a nurses-aid at Holy Spirit Hospital, and with the help of her father Albert Holton Sr, she landed a good state job, with Harrisburg State Hospital.  Lavon found that she had a natural proclivity to help people.  However she quickly realized that if she wanted to stay in this field, she would have to acquire additional credentials to elevate her career opportunities.  So she enrolled at HACC to pursue a Registered Nursing degree.  After acquiring her degree and passing the testing to become a Licensed Practical Nurse, she eventually became a Registered Nurse. She retired from the State Hospital system after 34 years of service.  During her time at the hospital she was promoted several times to the title of Head Nurse or HNIC, over several hospital wards during her tenure.  She was also was nominated, elected, and served as a chapter president for the Pennsylvania Nursing Association.

It is tough to some up one’s life and accomplishments in only a few short paragraphs, and Lavon’s was as beautifully complicated as most.  She was a mom 24 hours a day. A wife 24 hours a day.  A nurse 24 hours a day.  A sister 24 hours a day. A friend and aunt 24 hours a day.  She stood 6 feet tall and was smart, quick witted, articulate, and fearless.  Doctors respected her, nuns feared her, her patients loved her.  Now if she was provoked we all knew to move out of her way.  Yet in the snap of a finger, she would be a loving, giving resource for whatever her family and friends needed.  A hug, a joke, a trip to the beach, a car, or tuition.  - She didn’t do breakfast that well though…you may have known she loved to crochet’ and buy things on QVC. However, her favorite pastime was going to the casinos.  She loved the slots and typically a winner at them. She would leave my dad and I in a heartbeat, once we arrived at a casino, telling us we bring bad luck standing near her.  For some reason we could never find her, but she would always find us.  She would gingerly walk over and tap us on the shoulder and say to hold on to some ticket, where she had won money and didn’t want to give it back to the casino.

Her life also had its struggles.  She was quick to say do as I say, not as I do.  That is a statement of nuance, which means… believe what I am saying, not necessarily what you are seeing.   As a human being she had her fallible moments, but never as a mother.  As an adult, you can better understand the lessons of life, regardless of your means of education.  Lavon was also a teacher 24 hours a day.   To celebrate her life, is to always remember the impact that she had on yours.  You take those lessons she taught you, reflect on them, and apply when necessary.  Mom, you will always be in our hearts and minds, and your legacy will continue to carry forward.   I love you. We love you.