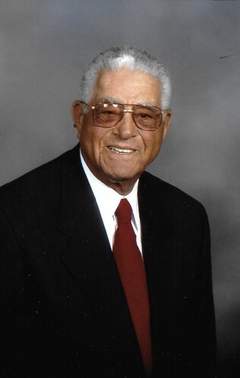 Colonel Leonard L. Jackson, 97 of Susquehanna Twp., passed peacefully at home on March 11, 2016. He served honorably for 30 years in the United States Army; serving in Italy during WWII as an artillery officer, attended Capital Presbyterian Church, memberships with Omega Psi Phi Fraternity, Inc. and Club 21. Col Jackson was predeceased by his 1st wife Martha Jackson and 2nd wife Nanette Jackson and a daughter Brenda Jackson. He is survived by his step-children Schaun and wife Michele and Karlin with a host of nieces, nephews, relatives and friends.
To order memorial trees or send flowers to the family in memory of Leonard L. Jackson, please visit our flower store.