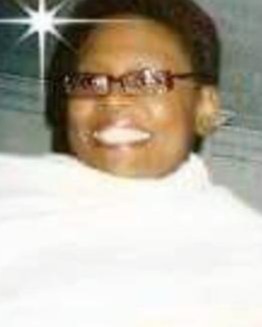 Leslie M. Taylor, 57, was born on July 15, 1965 in Bronx, New York. She was the second child to her parents, William & Jeraldine Porter. She transitioned from earth to glory on November 27, with her husband by her side.

A graduate from the Day of Pentecost Christian Academy as well as the University of Phoenix where she received her Bachelor's degree and went on to work for the Pennsylvania Department of Transportation in Harrisburg, PA and later, the call center for AT&T in Charlotte, NC.

Leslie married the love of her life, Rodger Noble Taylor on August 20, 1988 in Harrisburg, PA and to this union, five children were born.  Christina, Jeremy, Jonathan, Michael, and Christopher.

Leslie, affectionately known as "Lez" was best known for her singing, cooking, wit, debating skills, and her love for family.

Leslie received the LORD JESUS CHRIST as her personal SAVIOR at a very young age. She could be found working in various areas in the body of CHRIST but she loved working with the young people and could be found using her gifts in the youth ministry in any church She belonged to. Leslie was a faithful servant in the army of the LORD until the time of her transition.

Leslie was preceded in death by her son, Jonathan Taylor, a brother, Andre Porter, a niece, Kaylynn Selvey, and her mother and father in law, Roy and Mattie Taylor. She leaves to cherish her memory, her husband of 34 years, Rodger Taylor of Carrollton, AL.

Lovingly submitted by the FAMILY

To order memorial trees or send flowers to the family in memory of Leslie M. Taylor, please visit our flower store.