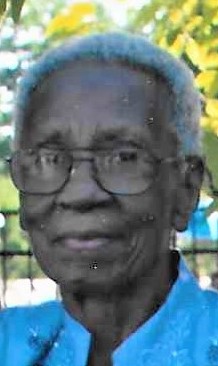 Lether Franklin was born on September 17, 1924 in Cope, South Carolina to the late Theodore and Viola (Busby) Cleckley. The youngest of five children, her mother sadly died during her childbirth.

Lether completed her formative schooling in Cope before going to work with her siblings. She was baptized at Canaan United Methodist Church as a young girl, and was a member there for many years. As a young adult, Lether went to work in the North Dry Cleaners in North, South Carolina. This skill would serve her well as she left South Carolina in 1957 to move to Brooklyn, New York. Upon relocating to Brooklyn, she joined the Pilgrim Street Baptist Church, and assumed a position with Myles French Cleaners in Brooklyn. Lether retired in 1985, leaving New York to return to her home of Cope, South Carolina. She thoroughly enjoyed having time to devote to what she enjoyed doing in retirement. She became an active member of the Garden of Prayer Holiness Church in Orangeburg, South Carolina where she served in any capacity needed, everyday. Lether became a fierce prayer warrior, and was considered a “Mother” in the church. She also enjoyed gardening her flowers and plethora of vegetables, and tending her chickens.

On November 12, 2008, she lost her husband of 51 years, John Franklin. Shortly after his passing, she relocated to Harrisburg, Pennsylvania to live with her daughter. Lether continued to enjoy trips to Myrtle Beach, visiting with her oldest son, Eugene Walter Cleckley, Sr. and his family, after moving. She joined the Heinz Senior Center where she played dominoes, made ceramics, participated in Bible Study, read magazines, and enjoyed talking with her friends. Not one to let her age slow her down, Lether also enjoyed travelling with the Travelers Club. A few of her favorite trips were to Savannah, Georgia; the Florida Keys; Memphis, Tennessee; Toronto, Canada; and Boston, Massachusetts. She continued her Christian walk at Beulah Baptist Church, where she enjoyed worshipping and talking with everyone.

On the evening of June 18th, in the comfort of her home, Lether transitioned to be with the Lord. She leaves to celebrate her life, her children: Eugene Cleckley, Sr. (Lousie), of Myrtle Beach, SC; Alice McArthur, Jerry Cleckley, and John Franklin of Harrisburg; a sister-in-law, Flora Franklin of Cope, SC; 9 grandchildren, 13 great-grandchildren, and 2 great-great grandchildren; and a host of nieces and nephews.